Move Over Pho! Bún Bò Huế Is The Vietnamese Soup You Need To Know About 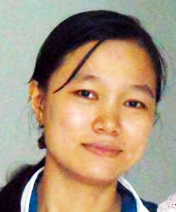 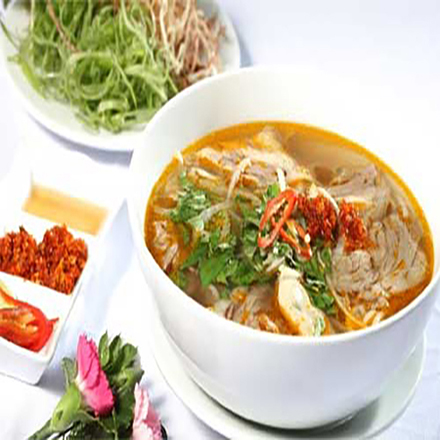 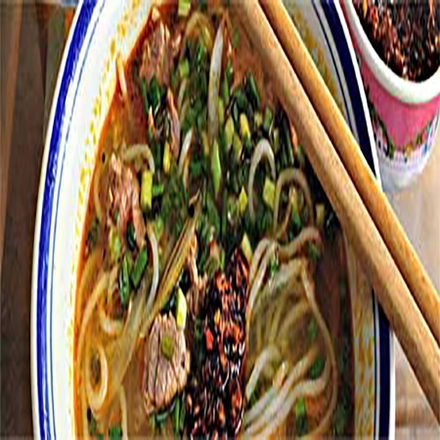 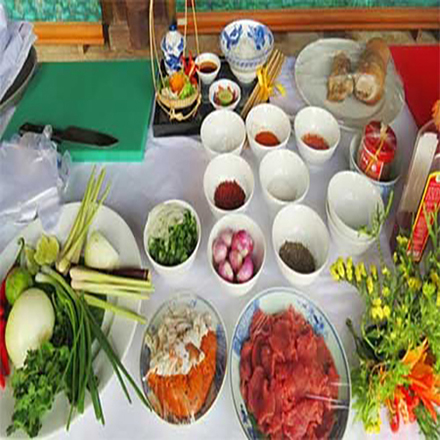 The central Vietnamese city of Hue, once the capital of Vietnam and still known as the Imperial City, has a distinctive cuisine full of diminutive rolls, savory pancakes, dumplings, skewers and other snacky bites.

Standing in contrast is the mighty Bun Bo Hue, a soup that starts with pork and beef bones, gets a kick from lemongrass, annatto and shrimp paste, and finishes the job with a tangle of herbs, a squeeze of lime and a few delicious add-ons like sliced brisket, crab balls and, in some cases, cubes of congealed pig’s blood.

Phew! As with a ragu Bolognese, most cooks can agree on the basic structure of the dish, but everyone makes it with slight variations — and there’s no end to the discussion about who does it best.

I was fortunate to tag along with the crew of Parts Unknown as they shot an episode in Hue last spring (it premieres this Sunday, October 19, on CNN), and I ate a lot of Bun Bo Hue, which is cheap (about 75 cents to two dollars per bowl), filling and, in just about every iteration, mind-blowingly good. Contrary to what the name implies — bun means noodles and bo means beef — Bun Bo Hue is most often based on a pork-intensive stock, with small amounts of braised or raw beef added as a garnish.

La Thua An, a Hue native and executive chef at the city’s La Résidence Hotel, takes issue with the misnomer. “We need to call it ‘bun Hue,’ says An. “When I was young I always wondered why people call it ‘bun bo hue,’ since it means ‘beef noodle soup from Hue,’ and it’s only 10 percent beef. It’s something I try to fight, but it’s difficult to change, because the name is already in Hue culture.”

The chef reasons that the main concern is for his Western guests’ preferences as much as for linguistic accuracy.

“We must teach ourselves to be careful when we say ‘bun bo hue,’ because some guests don’t eat pork, and they may think they are ordering a beef soup.”

At Le Parfum, the restaurant within La Residence, An serves a light but flavorful version of Bun Bo Hue all day. The cubes of pig’s blood, which I found in all cases to have a pleasantly mild flavor and texture, are omitted for breakfast guests, but included for those who desire it for lunch and dinner.

New York chef Robert Newton, who traveled extensively in Vietnam while gearing up to open his Brooklyn restaurant, Nightingale 9, found himself captivated by the soup.

“One of the best bowls of soup I had in all of Vietnam was from the Bun Bo Hue lady at Dong Ba,” says Newton, referring to the bustling central market, crammed with stalls where one can buy jewelry, dried fish, cookware, hot soup, umbrellas, shrimp paste and much more.

“Bun Bo Hue is soulful and rich and delicious and complex. It’s spicier than most Vietnamese soups. It’s just incredibly dynamic. I think it’s one of Vietnam’s greatest dishes.”

When he returned to the States and opened Nightingale 9, Newton put a version of Bun Bo Hue on his menu. “It’s not the most authentic version, but it has a really badass broth,” he says about the recipe below. He modifies an existing chicken pâté recipe with pork blood — to stand in for the congealed blood cubes — and sometimes adds dehydrated country ham powder, and scraps of country ham salvaged from his other restaurant, the Southern-inflected Wilma Jean, which is a block away from Nightingale 9.

“If the Vietnamese had country ham, I’m convinced that they would do it, too.”

However, perhaps because Bun Bo Hue is still a relatively obscure Vietnamese dish, especially in the current era of Pho-ubiquity, sluggish sales forced it off the menu. “This was a dish I was really passionate about, but it requires a lot of effort and a lot of mise en place, and sometimes I would only sell five a week,” recalls Newton of the dish he eventually cut from the regular rotation.

All is not lost, though; there’s currently another hearty noodle soup (pork hock banh canh, which Newton likens to “trucker food”) on the menu, and the flavors of Bun Bo Hue live on in a pork shoulder dish served with hand-torn rice sheets, annatto chile paste and pickled green papaya. Here’s a link of the clip from Sunday’s Hue episode of Parts Unknown. Rob Newton’s Bun Bo Hue recipe follows. 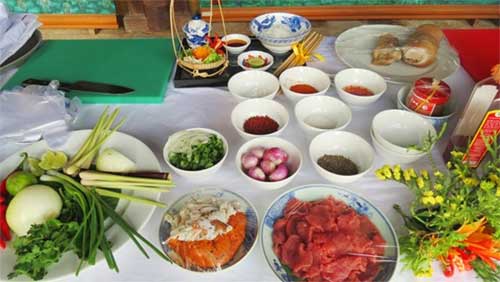 - 8 pieces lemongrass, top third removed, bruised with the back of a chef’s knife and cut into 1-inch pieces

- About 1 1/2 gallons chicken stock or water, as needed to cover bones, etc.

(Note: Look for noodles that are thicker-cut than fine vermicelli)

2. Heat a large, heavy-bottomed stock pot and add the canola oil. Once shimmering but not smoking, add the onion halves, celery, garlic, half the lemongrass and the dried shrimp. Stir and cook over moderate heat for 5 minutes. Add the pig’s foot and marrow bones to the pot, then the hocks, followed by brisket. (The brisket and hocks will be removed half way through and need to be on top.) Add chicken stock or water to cover. (Note: If you have any Bun Bo Hue stock leftover from the last time you made it, you can amp up the intensity of the flavor by adding it to the mix now.) Bring to a boil, then reduce to a very slow simmer. Do not skim the fat; allow it to sit on the top and add flavor to the broth.

3. After about an hour, poke the brisket with a knife. If should meet little resistance. Carefully remove the brisket to a plate or small tray. Let cool at room temperature for a few minutes, then refrigerate. After another hour, the hocks should be done. Again, poke with a knife to ensure that the meat is ready to come off easily. If so, carefully remove. Once cool enough to handle, pick the meat from the bones and add to the brisket to chill. Return the bones to the pot and simmer for at least 3 more hours. One hour before you are ready to serve, mix in the reserved lemongrass and the shrimp paste and continue to simmer.

4. Strain through a fine mesh or a cheesecloth-lined strainer. You want a good clear broth, but it is not consommé. Keep warm over medium-low heat, in a clean pot. Season the finished broth with a little salt and very gently with fish sauce and sugar. It should NOT be overly fishy, salty or sweet. Just nicely seasoned. The ultimate seasoning will be up to your guests.

5. Prepare the garnishes: Slice the brisket very thinly across the grain. Separate hock pieces and cut into small pieces if necessary. Set aside. In a medium bowl, toss together the cabbage, bean sprouts, perilla, Thai basil and rau ram.

6. Bring a pot of unsalted water to a boil and cook the noodles for approximately 5 minutes. Drain them well and divide themamong 6 to 8 serving bowls.

7. Atop each portion of noodles, place brisket slices, pork hock pieces and, if using, raw beef and congealed blood. Ladle 10 to 12 ounces broth over noodles and meat garnishes. Stir 1 teaspoon of annatto chile paste into each bowl, along with a pinch of sliced scallions.

Serves 6 to 8 (but expect to have leftover broth).

By Laurie Woolever from http://www.foodrepublic.com

Tags: Bún bòHuếToursFoods
Comment:
This site is an asset of Fixy Company Limited
Designed by DuyAnh.